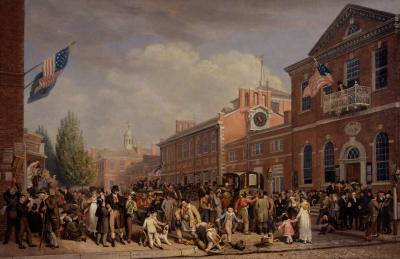 After coming to Philadelphia from Germany in 1810, John Lewis Krimmel (1787-1821) painted portraits and pictures of his adopted city, including this wonderful 1815 canvas, Election Day in Philadelphia, which captures the excitement and festivity of elections in the decades that followed American independence.