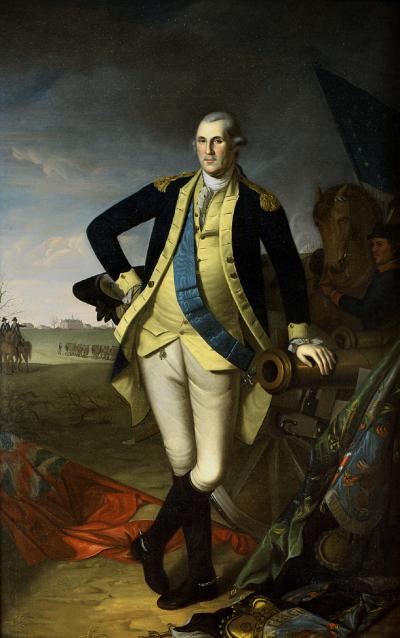 George Washington at Princeton. Washington ordered the Sullivan Campaign as the Continental Army's major offensive operation in 1779. Even though Washington was not a part of the campaign, he earned the nickname "Town Destroyer" from the Iroquois for its destructive impact on their homelands.

Courtesy of the U.S. Senate Collection