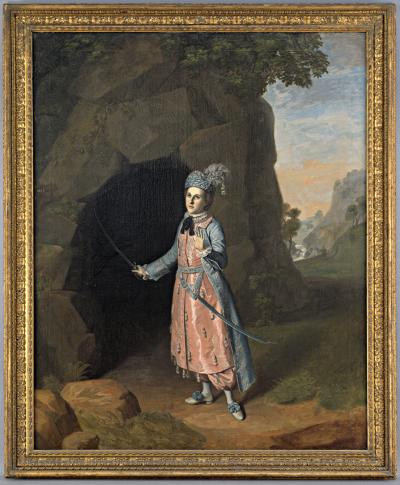 In 1771, Charles Willson Peale painted this portrait of actress Nancy Hallam, dressed in her costume as the boy Fidele in Shakespeare's Cymbeline. Hallam was a cousin of Lewis Hallam the younger, who in 1752 had brought the first theater company from England to the colonies. Based in New York, Hallam's company also performed in Philadelphia in the 1750s and 1760s.

Courtesy of the Colonial Williamsburg Foundation