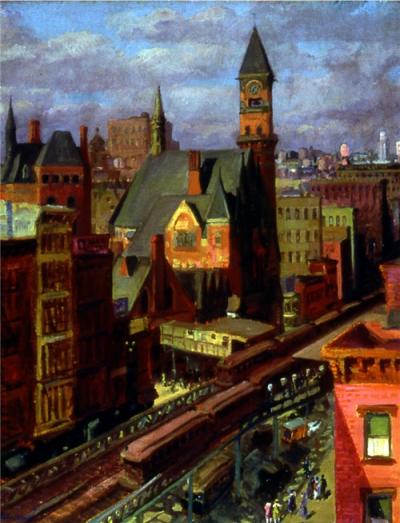 Jefferson Market, 1917, Retouched 1922, by John Sloan. "In 1908, out of frustration at rejection by the academic, establishment art world, he and Robert Henri organized an exhibition of work by themselves and six other artists at the Macbeth Gallery in New York. Dubbed "the Eight," and the subject of much press notoriety, the art they showed was derided as being too earthy, and too real, as well as vulgar and lacking in conventional beauty. Even though they never exhibited together again, the Eight's exhibition became a landmark event in American art history and spawned a school of ingAmerican realism which came to be known as the "Ashcan school." PAFA