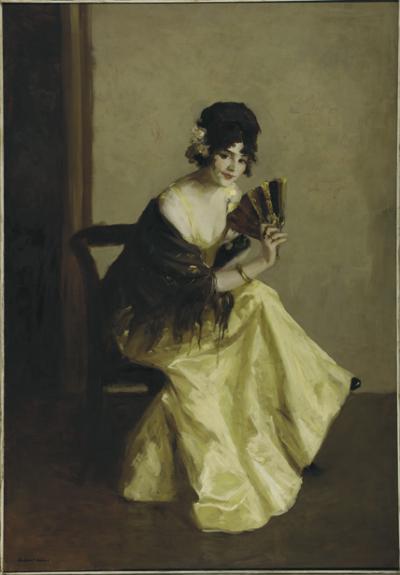 Girl with Fan, by Robert Henri. Henri studied at the Pennsylvania Academy from 1886 to 1888, and returned to the Academy to resume classes in 1891, where he met and influenced a group of newspaper illustrators who came to be known as "the Philadelphia Four": John Sloan, William Glackens, Everett Shinn, and George Luks.