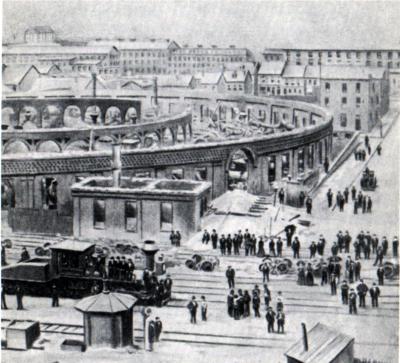 Ordered to Pittsburgh by Governor Hartranft, Philadelphia militia on July 21 fired into an angry crowd, killing twenty, including a woman and three children. Furious, thousands of Pittsburghers converged upon the PRR yards and burned the roundhouse to the ground. By the next morning, twenty-five more had died, including five soldiers.

Courtesy of the Railroad Museum of Pennsylvania