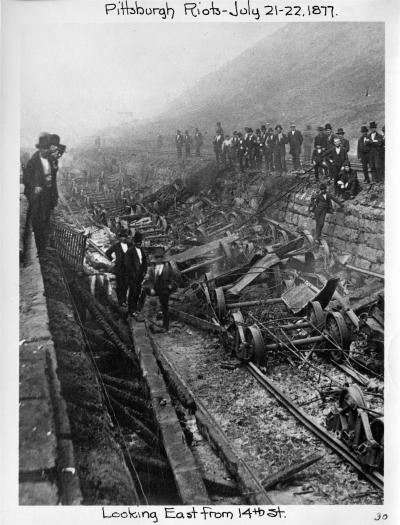 In July 1877, after refusing to negotiate with striking workers in Pittsburgh, the Pennsylvania Railroad brought in militia from Philadelphia to end the walkout. When the Philadelphia militia fired into a crowd killing 20, enraged Pittsburghers attacked the troops and burned the rail yards. By the time the rioting ended, some 40 people had died, and one hundred locomotives and 1,000 rail cars been destroyed.