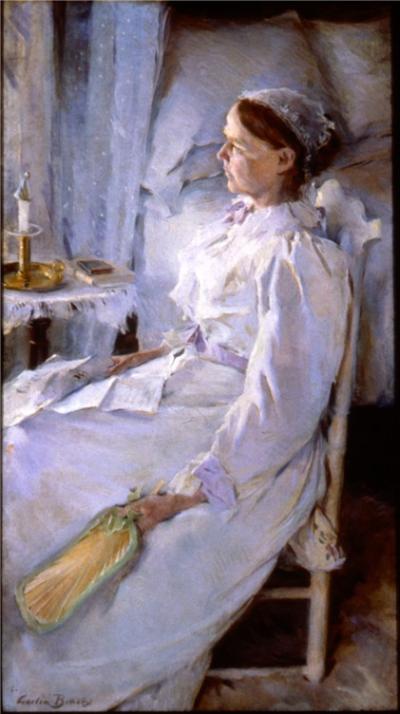 China painting was a fashionable craft for women, and in 1879, Beaux took a class in the craft and began to use her talent for portraiture by painting life sized heads of children onto china plates. While lucrative work, Beaux referred to the craft as the "ignoble art of over-glaze painting," even though it actually launched her career in portraiture. She considered this work of hers, "the lowest depth I ever reached in commercial art," and hoped that they would be "dashed to pieces."