Building America: German-American Immigration and Contributions to the New World, 605 Spring Garden Street, (next to the German Society of Pennsylvania). Philadelphia, PA, circa 2008. 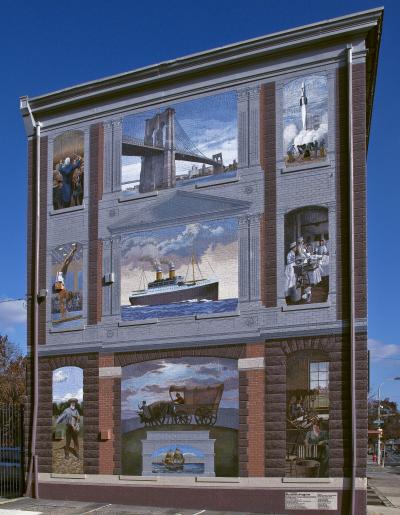 Created to commemorate the 325th anniversary of the arrival of the first German-speaking settlers in America, this mural commemorates the immigration and contributions of German-Americans to the New World. On October 6, 1683, thirteen families from Krefeld, Germany arrived in Philadelphia aboard the Concord, considered the “Mayflower of German immigration,” and founded Germantown, the first permanent German settlement in America.