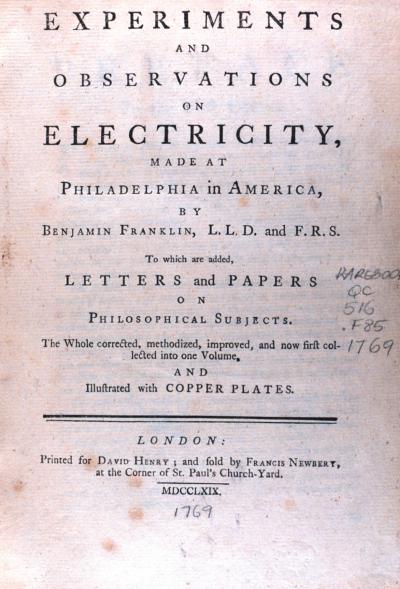 In the summer of 1743 while on a visit to Boston, Benjamin Franklin enjoyed an evening of entertainment by an itinerant scientific showman named Dr. Archibald Spencer. Spencer's repertoire of electrical tricks included the creation of static electricity by rubbing a glass tube. "Being on a subject quite new to me" Franklin remembered, "they equally surprised and pleased me." Upon returning to Philadelphia, Franklin began a lifelong pursuit of electrical experimentation and study, which would help transform a simple parlor trick into a practical science. By the 1750s, Franklin was considered one of the world's leading experts on electricity.

Courtesy of the National Oceanic and Atmospheric Association, United States Department of Commerce