Benjamin Franklin Drawing Electricity from the Sky, by Benjamin West, circa 1816. 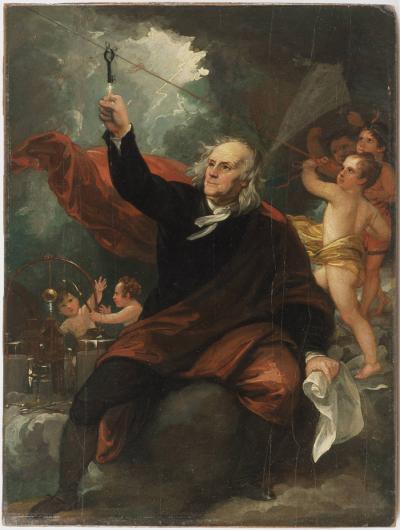 By the time America had won its freedom from Britain in 1783, Benjamin Franklin was already considered one of the world's most gifted scientific minds. Some twenty-six years after Franklin's death, Benjamin West painted this allegorical portrait of the good Doctor drawing electricity from a key into his hand. Angels assist him both by holding the string and guarding the bottles of electricity he has collected. One of the angels is depicted as a Native American.