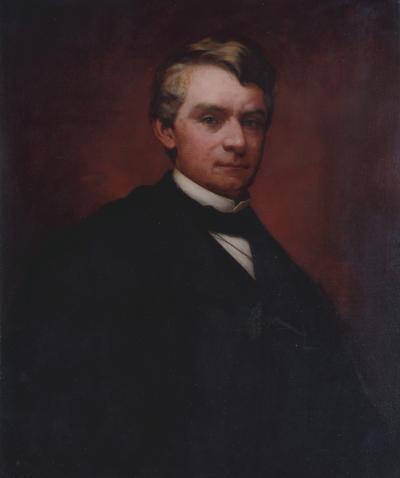 Born in Bellefonte, Andrew Gregg Curtin (1817-1894) was elected the governor of Pennsylvania as a Republican in 1860. When war broke out, Curtin organized the Pennsylvania Reserves, and ordered the construction of Camp Curtin, the state's first and largest Union military camp, through which more than 300,000 soldiers from across the North passed during the war. After stepping down as governor in 1867, Curtin was United States Minister to Russia, and served two-terms in Congress. He died in Bellefonte in October 1894.