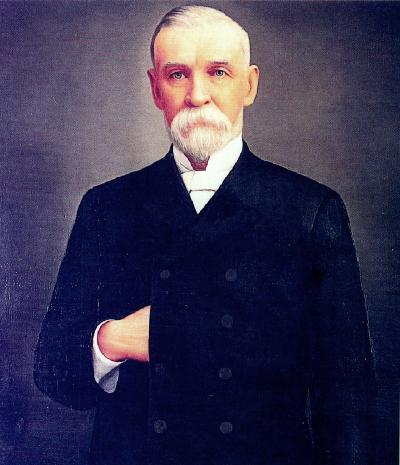 As Superintendent of the Cambria Iron Works, John F. Fritz developed the industry standard three-rail high rail production method for iron rails. After leaving to assume the Chief Superintendent position at Bethlehem Iron Company, "The Iron Master" made Bethlehem the leading rail supplier in the country, and then a leader in the mass-production of steel. In 1890, by serving as the Navy's first supplier for steel armor, he laid the foundation for Bethlehem's future role as the "Arsenal of America" in World War II. President of the American Society of Mechanical Engineers in 1896-97, Fritz is also the namesake for the most prestigious honor in American engineering.