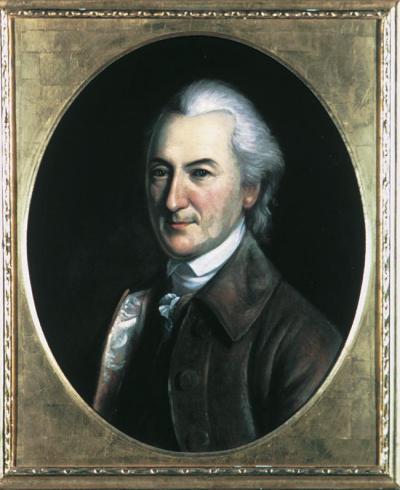 Even though John Dickinson was born in Maryland and raised in Delaware, Pennsylvanians considered him one of their own. As a delegate to the Constitutional Convention of 1787, having served both the small state of Delaware and the large state of Pennsylvania, Dickinson added his voice to Ben Franklin's as an advocate for compromise. When Charles Willson Peale painted this portrait, Dickinson was president of Pennsylvania's Supreme Executive Council.