Joseph Priestley, by Rembrandt Peale, circa 1801. 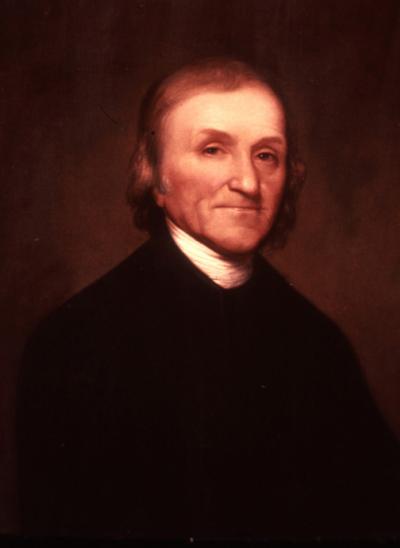 After fleeing England for the safety of Pennsylvania in 1794, Joseph Priestley helped shape the early program of scientific study at Dickinson. One of England's most prominent scientists, Priestly had also been an outspoken champion of academic freedom and the French Revolution. His metaphysical writings would influenced Jeremy Bentham, John Stuart Mill, and Herbert Spencer, among others.