The Open Hearth Furnace crew (including children) at the Jones and Laughlin Steel Company, 1900. 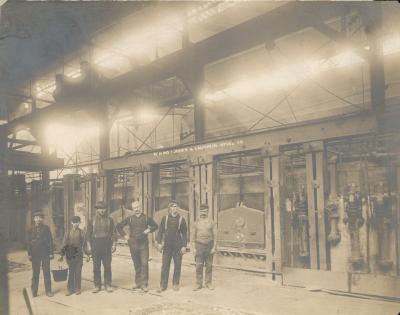 Jones and Laughlin, one of the largest iron and steel manufacturers in the United States during the 19th and 20th centuries, was headquartered in Pittsburgh. In the corporation's early years, production included wrought iron, iron bars and plates, from which rails were made. However, by 1894, Jones and Laughlin was totally out of the iron business and solely produced steel.