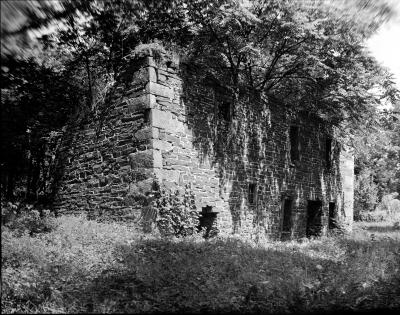 When the Romans invaded ancient Scotland, they referred to the mountainous land by the Latin name Caledonia. Since Thaddeus Stevens was born in Caledonia County, Vermont, it is anyone's guess whether he named the Pennsylvania iron furnace he built in 1837 after his birthplace, Scotland, or both. Regardless, on June 26, 1863, the self-contained village that supported the Caledonia iron works and sustained the 200 workers and their families who lived there, was utterly and completely destroyed by Jubal Early's seasoned veterans. "They could not have done the job much cleaner," Stevens later bemoaned, "It is rather worse than I expected." The Caledonia Furnace was never rebuilt.