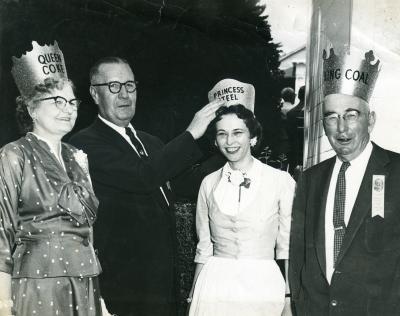 "My dad was honored at Idlewood Park one year [at the Frick Company Picnic] I have the scroll. For 41 years, [he had] no lost time for injuries ….He worked in the mine for 51 years. At 45 years they gave him an Elgin watch …. [The scroll reads] - ‘Certificate of Honor for George E. Jones, United States Steel Corporation in Lamberton, Pa." It was given on the 21st day of April 1964 for 41 years without a disabling injury in the company's underground coal mine, and it has a gold seal …"
Oral history of Dorothy Jones Parnell