A company town in southwestern Pennsylvania, circa 1900. 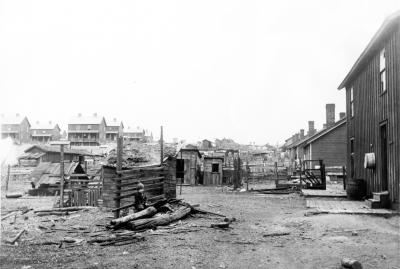 In the late 1800s and early 1900s Pennsylvania had more company towns than any other state in the nation. Most of these were isolated coal patch settlements where the coal companies not only owned the housing and stores, but also controlled law enforcement through powers granted them by state law. Pennsylvania's private coal and iron police existed from the 1860s to the 1930s.