Company-owned housing near Eureka Mine 37, Windber, PA, circa 1920. 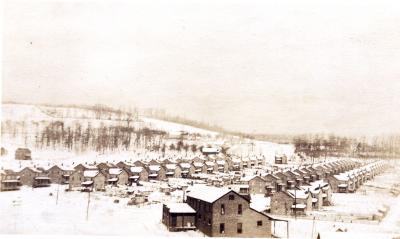 This winter photograph of the housing owned by the Berwind-White Coal Company outside of Windber, PA,  captures the isolation of the coal patch towns erected by mine companies during the coal boom of the 19th century and early 20th centuries.  Miners and their families would spend the Pennsylvania winter of 1922-23 in canvass tents after Berwind-White and other coal companies expelled them for going on strike.