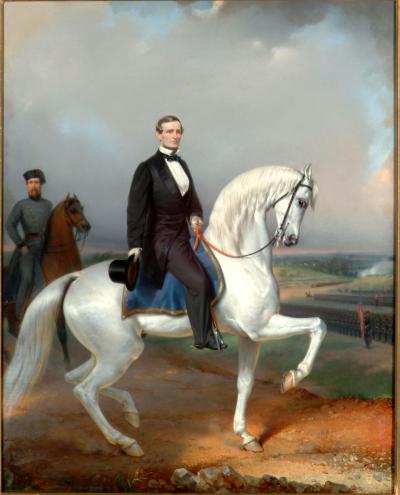 Like his adversary Abraham Lincoln, Confederate President Jefferson Davis (1808-1889) was born in Kentucky. A West Point graduate, U.S. Senator from Mississippi, and former secretary of war, Jefferson Davis by February, 1861, was provisional President of the Confederacy. In the late Spring of 1863, Robert E. Lee convinced President Davis that the time was right for another invasion of the North. Taking the war to the North would ease pressure on war-ravaged Virginia, and a victory might still convince a European nation to assist the struggling Confederacy. So, in June of 1863, the Army of Northern Virginia turned north and began their march towards Pennsylvania.