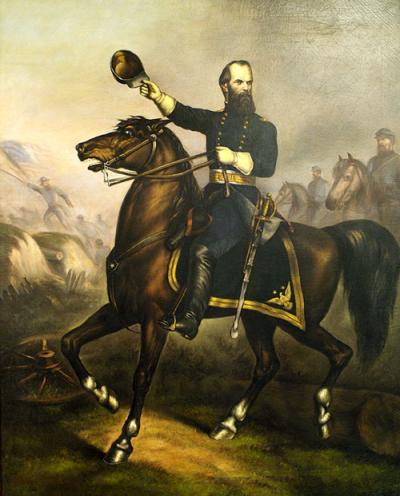 In early May of 1863, a "spent" cannon ball hit Brigadier General John W. Geary in the chest at the battle of Chancellorsville. While not quite enough to kill him, it did knock him unconscious and left him unable to speak above a whisper for many weeks. Less than a month later, Geary was leading his men at the Battle of Gettysburg. His division defended Culp's Hill during the final two days of the battle.

Courtesy of the State Museum of Pennsylvania.[PHMC]