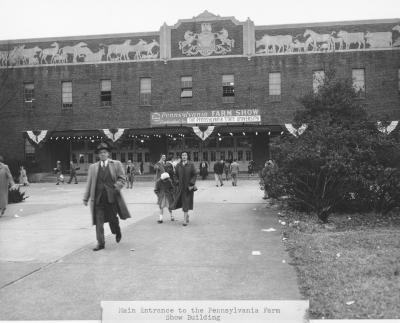 Having grown up on a farm in western Pennsylvania, Governor John S. Fisher was deeply concerned about the state's farmers and farm economy. In 1929, the state funded construction of a 13-acre Farm Show center at Cameron and Maclay Streets in Harrisburg. When the new facility opened in 1931, more than 225,000 people attended the Pennsylvania State Farm Show, now the largest agricultural exhibition in the U.S.