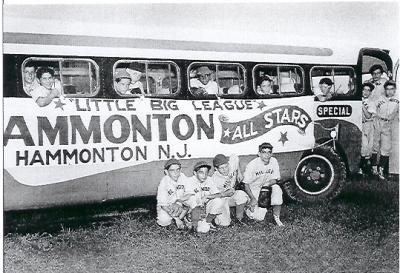 New Jersey Defeats Florida, 5-0, For Title. Hammonton, N.J was the first out of state entrant in the Little League World Series in 1947. Before more than 10,000 fans, the largest crowd ever to see a ballgame in Williamsport as of that date, they won the Championship in 1949. Ford Frick the National League president, stared in amazement when he looked out at the great mass of people there to see two teams of young boys battling for the kids" baseball championship of the world, Ted Husing, nationally famous broadcaster, aired the game over NBC, so that millions of fans, the nation over, might also listen to the game.