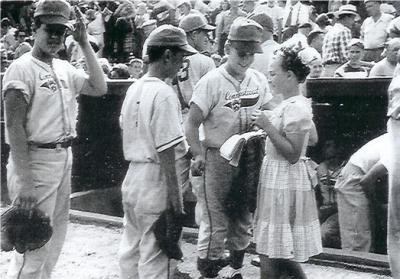 1951 Little League World Series Reverses Fortunes for Connecticut. By 1951 sports writers were describing Little League games and players in a colorful vernacular as the big leagues, GRIT sports section reported, The Baseball world bows low today in honor of Handy Andy Wasil and his kid team from Stamford, Conn. which defeated Austin, Tex. 3 to 0, to win the shorts pants championship of the world. While the huge crowd of more than 10,0000 sat under the scalding sun that sneaked behind the clouds at intermittent periods, this handy Andy youngster pitched his heart out as several hundred rooters from his home town cheered him on to victory. Wasil, this shrewd contriver of strikeouts, was the center of much adulation as the victors were surrounded by their admirers, He took his rise to position as baseball's top-gallant with becoming modesty."