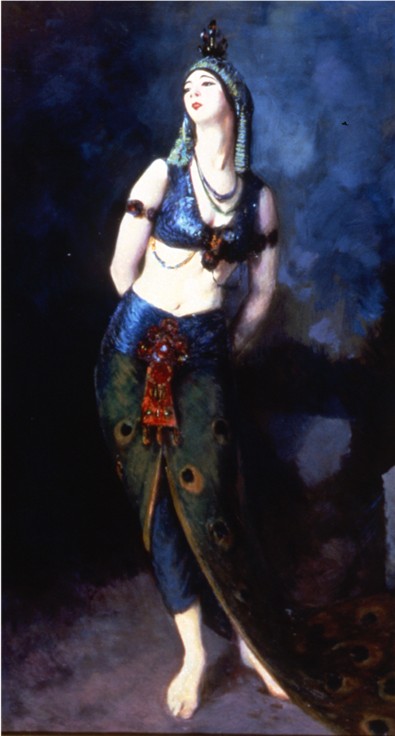 Ruth St. Denis in the Peacock Dance, 1919, by Robert Henri, of Philadelphia. Henri is considered the founder and leader of the eight-man group referred to as "The Eight" and the "Ash Can Group". All worked at the Philadelphia Press. The group's name derives from the urban garbage can image and hostile critics also named the group the "black gang."

Courtesy of The Pennsylvania Academy of the Fine Arts, Philadelphia. Gift of the Sameric Corporation in memory of Eric Shapiro