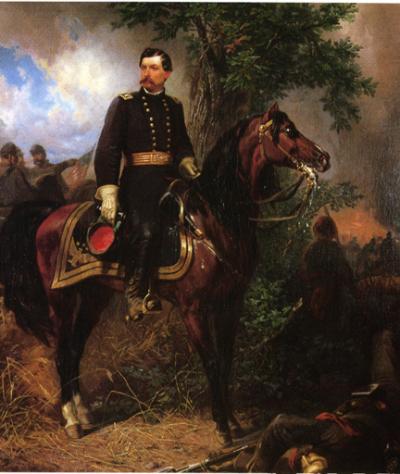 Born in Philadelphia to a well-to-do family, George Brinton McClellan (1826-1885) graduated from West Point in 1846 and then served with distinction in the Mexican-American War. As commander of the Army of the Potomac, McClellan was a superb administrator, but his reluctant to use the Army he had so ably organized infuriated Lincoln. Frustrated that McClellan would not follow Lee's retreating army after the battle of Antietam. In November 1862, Lincoln relieved him for the second and final time as commander of the Union Army of the Potomac.

From the Collections of The New Jersey Historical Society, Newark, New Jersey