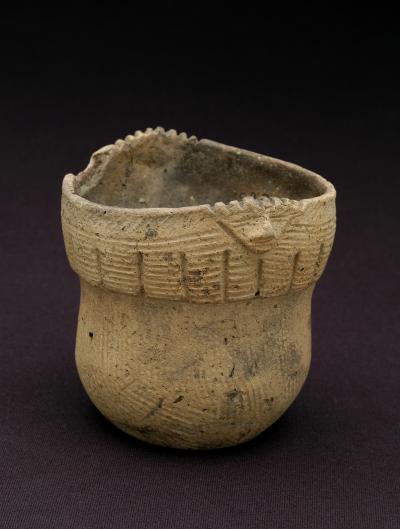 This style of pottery decoration, known by archaeologists as Washington Boro Incised, represents the apex of the Susquehannock pottery-making tradition. Curiously, effigies only appear on Susquehannock pottery during the first quarter of the 17th century. The Susquehannock may have developed this elaborate decoration, an expression of pride in native tradition, in response to increased contact with European traders and the growing pressure to replace native items with European-made goods. By the end of the 17th century, brass trade kettles had almost entirely replaced native-made pottery vessels in the Susquehannock culture.

The State Museum of Pennsylvania, Archaeology