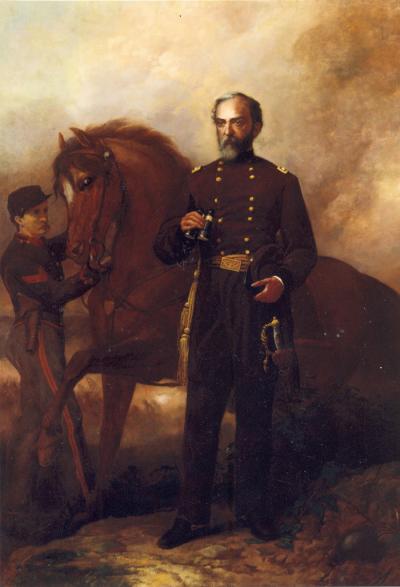 When George Meade was awakened by an officer from the War Department in the early morning hours just after midnight on June 28, 1863, he expected to be arrested for his repeated arguments with Commander-in-Chief, Major General Joseph Hooker. Instead, he received orders from President Lincoln ordering him to take command of the Union's mighty Army of the Potomac. Since Meade made his home in Philadelphia, Lincoln felt the Pennsylvanian would "fight well on his own dunghill." Three days later, Meade presided over what many consider the most significant military engagement of the Civil War: the bloody battle of Gettysburg.

Courtesy of The Union League of Philadelphia